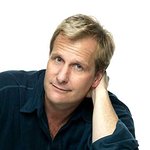 There was no shortage of stars out to support independent film at this year’s Los Angeles Film Festival in Westwood Village.

Having the festival in the area despite these trying economic times helps restaurants and other businesses reap the benefits. The film festival began on June 18 with the world premiere of The Paper Man starring Jeff Daniels and Ryan Reynolds and ended June 28th. The world premieres of Transformers and Public Enemies also took place at the festival. Fans lined the streets to see Megan Fox, Michael Bay, Christian Bale and Johnny Depp.

Despite the bigger budget film debuts, the heartbeat of the Los Angeles Film Festival is independent movies. Film Independent is a non-profit arts organization. Their mission is to champion the cause of independent film and support a community of artists who embody diversity, innovation, and uniqueness of vision.

This is evidenced in films such as the Stoning of Soraya. The Iranian film screened to a packed house given the political climate of Iran. Khaled Hosseini, writer of the academy award nominated and best selling book The Kite Runner was emcee for The Stoning of Soraya screening. Hosseini has no direct association with film but after seeing the story, he wanted to support a film which lends a voice to oppressed and voiceless women in Iran and around the world.

Oscar nominated Melissa Leo joined the Q & A for Dear Lemon Lima, a film which centers a teenage girl of Caucasian and Yupik Indian heritage. This film incorporates sharing traditions of Eskimo culture. Leo is a supporting actress in the film. There were many other celebrities, including Erin Brokovitch, on hand to discuss social awareness in film or to support socially conscience film.

Ryan Reynolds & Rob McElhenney Share Their Colonoscopy Videos To Encourage People To LEAD FROM BEHIND Sep 14, 2022

Brooks Bell and the Colorectal Cancer Alliance (the Alliance) announced today the launch of ‘LEAD FROM BEHIND’ with help from Ryan Reynolds and Rob McElhenney. More →

Khaled Hosseini gets to know Muzoon for World Refugee Day 2015