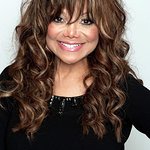 La Toya Jackson is to release a song paying tribute to her late brother Michael, in an effort to raise funds for one of his charitable causes.

The singer recorded the track – titled Home – as a tribute to her family in 2003 and will make the track available for download via iTunes on July 28. Proceeds will be donated to AIDS Project Los Angeles – a charity dedicated to improving the lives of people affected by HIV disease, reducing the incidence of HIV infection and advocating for fair and effective HIV-related public policy. It was one of many charities supported by the late King of Pop.

Find out more about the charity here.