Big Stars To Hit The Stage Again At Rockwell 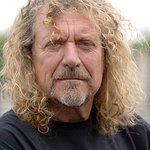 In 1990 some of the world’s biggest musicians put on one of the most important gigs of all time.

In aid of Nordoff Robbins Music Therapy, the event at Knebworth featured the likes of Robert Plant, Pink Floyd and Paul McCartney. An incredible line-up of former Silver Clef award winners performed to 120,000 fans in a show that raised over three million pounds.

Now nineteen years later a new generation are set to do it again at the O2 arena. Rockwell promises to be the star-studded musical event of the year with some of the world’s most influential musicians sharing a stage with the best of UK talent.

For one night only – September 11 – Rockwell will bring together some of the world’s biggest bands and musicians. Performing never-to-be-repeated collaborations at The O2 will be Ronan Keating, Lulu, Razorlight, Joss Stone, David Gray, Tom Jones, Robert Plant, Gabriella Cilmi, Supergrass and many more.

Nordoff Robbins Music Therapy is the UK’s largest specialist music therapy charity, providing over 35,000 therapy sessions a year through its National Centre in London and over 40 outreach projects nationwide. It also runs postgraduate training programs in music therapy and a research program with regular public courses and conferences.

Proceeds from the show will be donated to Nordoff-Robbins, and O2 customers will benefit from an exclusive priority ticket period on 3rd and 4th August, followed by a general release ticket sales period for non-O2 customers on Wednesday 5th August. To find out more and purchase tickets, click here.