The show will be part of a weekend of ATV trail rides on August 22 and 23, and will also feature performances by country duo Halfway To Hazard, Danielle Peck, Gabe Garcia, Bomshell, and Whiskey Falls.

Over 1,000 ATVs are expected to descend on the hills of Southern Kentucky for the event, and appearances will be made by NASCAR legend Kyle Petty, Motorcross great Ricky Carmichael, and music artists Randy Houser, James Otto, Keith Anderson, and Jeremy Popoff.

“Growing up in Eastern Kentucky, riding these trails was a way of life and, along with playing music, our main source of entertainment,” said Halfway to Hazard’s Chad Warrix. “Coupling a ride with a concert where we grew up while being able to give back to our community is a dream come true. Being able to promote our beautiful native region and its amazing people is a huge bonus for us.”

More info can be found at the official site. 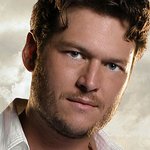 Blake Shelton Joins the Lineup for the 2020 iHeartCountry Festival Presented by Capital One Feb 25, 2020

iHeartMedia, the leading audio company in America which also has a greater reach in the U.S. than any other media outlet, announced today that Blake Shelton will join the lineup for the 2020 ‘iHeartCountry Festival Presented by Capital One’ on Saturday, May 2 at the Frank Erwin Center in Austin, Texas. More →