Pearl Jam And Incubus To Be Honored At Charity Gala 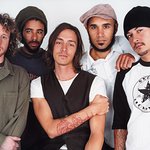 In celebration of the organization’s 25th Anniversary, the Surfrider Foundation will host a star-studded gala on Friday, October 9, 2009 at the California Science Center’s Wallis Annenberg Building in Downtown Los Angeles.

The event will be highlighted by the presentation of the Surfrider Foundation’s Keeper of the Coast Award. The award, which is only given out once every five years, is presented to celebrities who have made significant contributions towards helping the Surfrider Foundation fulfill its mission. This year, musical acts Incubus and Pearl Jam, along with Baywatch actor David Chokachi will join previous winners including Jack Johnson, Perry Farrell and Bruce Johnston and Mike Love of the Beach Boys.

The event will feature a performance by the legendary CAMP FREDDY, featuring members from Jane’s Addiction, The Cult and Guns n’ Roses.

Additionally, the event will feature a live auction, with one-of-a-kind art by some of the world’s most revered contemporary artists including Raymond Pettibon, Shepard Fairey and Thomas Campbell. The artists, 25 in all, created a commissioned piece depicting the world’s most recognized (and in some cases threatened) surf breaks.