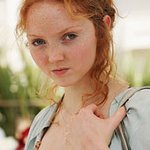 As reported by Look To The Stars earlier this month, environmental media charity tve is currently running an auction featuring a plethora of celebrity items.

A dress worn by Lily Cole is the most sought after item to date in an eclectic eBay auction Bid for the future. With less than 4 days to go, the stunning Juicy Couture dress already has the top number of bids in the auction. Other celebrity donations are proving irresistible stocking fillers with Sir David Attenborough's specially signed book topping the list, followed closely by Sir Ranulph Fiennes and Stephen Fry.

For those readers with a passion for crime novels, there’s a chance to bid for a first edition travel book by prolific author John Creasey and the invitation to have lunch with his son Richard, Chair of tve, at the British Academy of Film and Television Arts (BAFTA).

‘We have been overwhelmed by all the support so far for our 25th anniversary auction. It’s all in a good cause so we are hoping the bidding wars go higher and higher!’ said tve executive director, Cheryl Campbell. ‘Other prizes proving popular include show memorabilia from Derren Brown, a once-in-a-life time holiday in Borneo and the tank top Emma Thompson wore for her role in the Hollywood blockbuster Junior.’

For more details and to bid visit tve.org/auction.