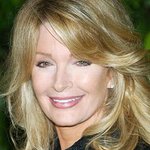 Operation Smile, a worldwide children’s medical charity, has announced that actress Deidre Hall has been named an official Smile Ambassador and will support the organization’s global efforts of providing free surgeries for children born with cleft lip, cleft palate and other facial deformities.

In August of 2009, Hall and her 16-year-old son, David Sohmer, accompanied Operation Smile on a medical mission to Rio de Janeiro, Brazil, that provided new smiles to 113 children.

“While working with Operation Smile in Brazil, my son David and I witnessed what a team of talented, dedicated medical volunteers can do for these children. You can’t imagine the dramatic changes that are being made in their lives and the joy experienced by their parents. A life-changing surgery, once so out of reach, becomes a reality due to the funding and coordination of Operation Smile,” Hall said of her experience.

Upon returning from Brazil, Hall has been an ardent supporter for Operation Smile, helping to use her beloved fan base to raise awareness and funds for children in need. In October 2009, Hall attended Operation Smile’s 2009 gala in Los Angeles. During this event, Hall took the stage to share about her experience in Brazil.

On February 12, Hall will host the 2010 Valentine’s Charity and Celebrity Ball, an Emerging Magazine Celebrity Production. Celebrities will join Hall for a star-studded event featuring an evening of entertainment, fine dining and fashion. The event will raise funds for Operation Smile. For more information on tickets and sponsorship opportunities, visit www.emergingmagazine.com.

Deidre Hall has reigned as one of America’s most beloved actresses since her debut as Dr. Marlena Evans on NBC’s “Days of our Lives” and has enjoyed a successful career that spans both daytime and nighttime television, film and theatre. Hall has compiled an impressive list of awards and nominations. She was named Best Television Role Model; won the prestigious American Women in Radio and Television (AWRT) award in 1994; was chosen Best Actress by Soap Opera Digest for five years; garnered three Emmy Award nominations, and was singled out as Best Actress in the People’s Choice Awards for her portrayal of Jessie Witherspoon on NBC’s “Our House.”

"Deidre has been a wonderful supporter of Operation Smile over the past year," said Dr. Bill Magee, co-founder and CEO of Operation Smile. “She has been able to experience firsthand how our efforts can give a child a new sense of hope and a new chance at life, and we look forward to working together in the years ahead.” 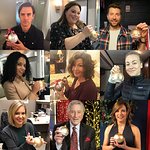