Celebrity Climbers Reach The Summit Of Kilimanjaro For Charity 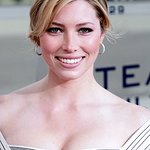 Last September, Jessica Biel and several other celebrities announced they would trek to the top of Africa’s highest peak to raise awareness about the need for clean water.

“This is a basic human necessity that needs to be addressed now,” she said at the time. “I want to help any way I can in order to raise awareness toward the life-threatening clean water crisis happening not only in Africa but around the world.”

“The climb is really tough, but I’m proud to say no one has turned back,” Elizabeth Gore of the United Nations Foundation told PEOPLE by satellite phone several days into the climb.  Other celebrities who made the grueling climb to raise awareness of the global water crisis include Isabel Lucas, Alexandra Cousteau – granddaughter of ocean explorer Jacques Cousteau – and Kick Kennedy, environmentalist and granddaughter of Robert F. Kennedy.

“The last 48 hours have been the most intense and physically grueling experience of my life, miraculously we all made it to the top together,” said Hirsch. “To have such a complete success for such a worthwhile cause – the global clean water crisis – more than reaching the summit is what is really satisfying.”

Lupe added, “The thrill of conquering your fears especially in such a physically and mentally taxing environment can’t really be done justice in words.”

The group reached the summit January 12, as planned, and will now be taking a trip to UNHCR refugee camp in Ethiopia for a first-hand look at the water crisis, followed by a visit to the village where Ethiopian-born Kenna’s family grew up and where his uncle died of a waterborne illness.

The expedition was a call to action to raise awareness of the global clean water crisis and funds to benefit The Children’s Safe Drinking Water Program, United Nations High Commissioner for Refugees (UNHCR), and Water For People's Playpump Technology. The expedition and the dramatic final ascent were also recorded for a special documentary that will air on MTV on March 14th at 9pm/8pm CST. The documentary is being produced by Radical Media, Procter & Gamble Productions and Fury League Inc.  To view photo’s, video and information from the expedition, visit Summit On The Summit.

“I also can’t be more thankful for all the people that followed us, donated and have fought the global clean water crisis with us,” said Kenna.