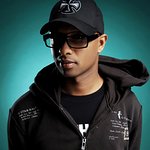 Singer Kenna, who was among the team of celebrities to climb to the top of Africa’s highest peak for the Summit on the Summit Kilimanjaro campaign, has released a new song for free to add to his efforts at raising awareness about the global clean water crisis.

The philanthropic star summated Mt. Kilimanjaro on January 12, along with actors Emile Hirsch, Jessica Biel, Isabel Lucas and rapper Lupe Fiasco among others, and now he’s encouraging fans to support the water mission by making his new song “Turn” available for free on his MySpace page.

In exchange, Kenna’s asking devotees to make a small donation to the Summit charity.

Now that the group has summated, they’ll head to the UNHCR refugee camp in Ethiopia for a first-hand look at the water crisis, followed by a visit to the village where Ethiopian-born Kenna’s family grew up and where his uncle died of a waterborne illness.