Pop star Nick Jonas might have a hectic touring schedule, but on Thursday February 4, he opted to put down the microphone and help out at a food bank in Los Angeles.

The Jonas Brothers singer has been on the road with his new side project Nick Jonas and The Administration, but he decided to donate some of his free time to help a good cause.

In a post on his Twitter.com page, he wrote, "Just finished volunteering at the LA regional food bank with some friends."

The pop-star told the spring issue of VMAN magazine: “I just prefer to make people happy with my music. I prefer to see a smile on someone’s face after I sing a song.”

Seems that Jonas is making quite a few people happy, just two days before volunteering at the food back, Jonas bought each of his fans a rose when they showed up for his performance at Mark’s Garden flower shop in Sherman Oaks on February 2nd for the release of his debut album “Who I Am.” 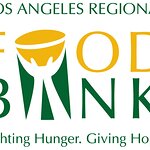 The Los Angeles Dodgers Foundation, a longtime partner of the Los Angeles Regional Food Bank, is donating $750,000 to the Food Bank to help provide food and nutrition assistance to families in need throughout LA County as part of the 2022 All-Star Legacy Initiative. More →