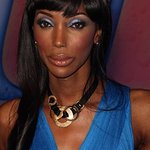 British supermodel, host and actress Amanda Annan's impressive resume of projects span motivated producer, dramatic actress, compassionate philanthropist and a down to earth beauty with a heart made of gold. Not only did she team up with Sir Richard Branson for a charity project in Kenya, but she also founded her own charity ETC.

This beauty worked with Sir Richard Branson on a charity project in Kenya, rebuilding a school for the Masai Mara tribe that was abandoned and disheveled. The renovation will be captured in a documentary called ‘Equation of Change’, which Richard Branson will narrate and will also feature an interview with Branson by Annan.

Besides her work with the Masai Mara tribe, Annan also lends her time to the charity CAMFED (Campaign for Female Education), an organization that raises money for women’s education in 5 African countries. “We provide money, uniforms, school fees, and hostels to help the quality of life for the girls and especially to help relieve the financial burden of their parents so they are more apt to encourage them to stay in school.”

Amanda also founded her own charity ETC (Educate the Children) that focuses on emphasizing the importance of education, as well as making it available for disadvantaged children. “Charity has to be about passion”.