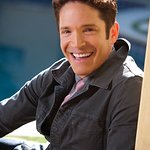 The annual event, to be held at the Hyatt Regency Century Plaza Hotel in Los Angeles, will honor Larry Flax and Rick Rosenfield, (California Pizza Kitchen) with the 2010 Heart of Gold Award as well as Noel R. Wallace, (The Colgate-Palmolive Company) with the 2010 Jacki Carlish Humanitarian Award.

Hosted by Starlight Global Ambassador Dave Koz, Chris and Kyle Massey, with special performances by Dionne Warwick and Maddie Lauer, the event is one not to be missed. Aside from an awards ceremony, dinner, silent auction, and raffles, the event will be filled with more than 30 of their StarPower Ambassadors, including actress and StarPower Spokesperson Bailee Madison; actors Kay Panabaker, Kaycee Stroh, Allen Evangelista, Jake T. Austin; recording artists Ashlee Keating, Austin Anderson, Tyler Shamy, and Chloe Jordache, and many others.

Each year, A Stellar Night also encourages supporters to invite their children- ages 5 to16- to stroll the red carpet and participate in entertaining activities with the ‘Ambassadors’ in the infamous ’Kid’s Lounge." Activities include face painting, crafts, video games, fun photos ops, and making gifts for hospitalized children. The Kids’ Lounge will also have live music performances by Devon Werkheiser, Kristy Frank and Savvy & Mandy.

When a child or teenager has a serious medical condition, everyone in the family is affected. For 25 years, Starlight Children’s Foundation has been dedicated to helping seriously ill children and their families cope with their pain, fear and isolation through entertainment, education and family activities. Starlight’s programs have been proven to distract children from their pain, help them better understand and manage their illnesses, and connect families facing similar challenges so that no one feels alone. Through a network of chapters and offices, Starlight provides ongoing support to children, parents and siblings in all U.S. states and Canadian provinces with an array of outpatient, hospital-based and Web offerings. Programs are also delivered internationally through affiliates in Australia , Japan and the United Kingdom . To learn more visit www.starlight.org.

About StarPower Ambassadors
Starlight’s StarPower program enables young people to help seriously ill children. Spearheading the initiative are a special group of StarPower Ambassadors — young film and television actors, athletes and performers who have committed to use their time, energy and initiative on behalf of seriously ill children and their families.
Visit Starlight’s website to learn more.