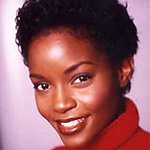 The event will take place on Sunday, March 14, 2010 at 2 p.m. at the popular Universal City Walk in Los Angeles, with an after celebration to take place at 3pm at Falcon in Hollywood.

Flash Mobs are planned, surprise dance celebrations, meant to gain the attention of unsuspecting onlookers. The spontaneous dance celebrations have gained major attention recently after having been featured on shows such as; The Oprah Winfrey Show and more.

Tomiko Fraser Hines’ passion for women’s issues led her to create her organization—Tomiko Fraser’s Goddess Gathering—comprised of women from all walks of life working to better themselves and the world around them. Tomiko, through her gathering, works with women and young girls on such issues as; self-esteem and health and well-being.

After participating in Flash Mob America’s Janet Jackson Flash Mob, Tomiko thought it would be a great idea to work with Flash Mob America to bring awareness to International Women’s Month with a flash mob dance. When asked about the flash mob, Tomiko exclaimed, “I’m giddy with excitement about the first ever, all-female Flash Mob! This is going to be so much fun!”

The event – which is geared specifically for females — is expected to bring together females of all ages, sizes, ethnicities and physical abilities in a united effort to promote women’s empowerment, sisterhood, and shine a light on global issues that affect women. Invited celebrity participants include: Tatyana Ali, Queen Latifah, Joy Bryant, Sheryl Lee Ralph, Shaun Robinson, Latoya Luckett and more.

March Of Dimes, the leading nonprofit fighting for the health of all moms and babies, announced today that nine-time Olympic medalist Allyson Felix has joined the organization’s Celebrity Advocate Council to shine a spotlight on the nation’s maternal and infant health crisis. More →