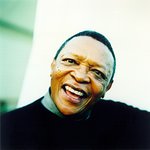 The final line-up of artists to perform at the FIFA World Cup Kick-Off Celebration Concert in South Africa has been announced.

“As South Africans, we are proud to be hosting the first ever World Cup on African soil,” said Hugh Masekela. “I am very humbled and flattered to be part of this global event and am looking forward to the concert with great interest and excitement.”

From its conception, event organizers envisioned the inaugural concert showcasing the rich cultural diversity and musical heritage of South Africa. Artists selected represent current popularity and reflect the variety of musical generations, genres and geographies of the country and African region. The full line-up, featuring 70 percent African artists, will be seen by millions of music and football fans worldwide through live broadcasts.

“We wanted to have an eclectic mix of music genres to appeal to as many people as possible around the world, whilst at the same time showcasing the immense home-grown talent of the host country,” said FIFA Director of TV Niclas Ericson.

The official FIFA World Cup Kick-Off Celebration Concert will provide a global communications platform for two campaigns — 20 Centres for 2010 and 1GOAL — to showcase their efforts in fostering positive social change in Africa and around the world. ‘20 Centres for 2010,’ the Official Campaign of the 2010 FIFA World Cup South Africa and beneficiary of proceeds from the concert on June 10, will create 20 Football for Hope Centres for education, public health and football in disadvantaged African communities as a legacy of the 2010 FIFA World Cup on the African continent. 1GOAL is a campaign to mobilize public support to hold governments to their promises and enable every child to get into a classroom and receive an education by 2015.