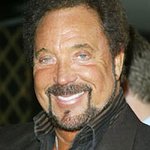 A star-studded line-up hit the stage in Oxfordshire, UK, on Saturday to raise money for Palestinian children.

The concert – which benefited the HOPING Foundation – saw performances by Tom Jones, Nick Cave (joined by Kate Moss on tambourine), and a reuniting of Pink Floyd legends David Gilmour and Roger Waters.

The Pink Floyd reunion was a highlight for many, and marked the first time the rockers have played together since the Live 8 concert in Hyde Park five years ago. And as a special treat for Floyd fans, the duo started their set with a rendition of Phil Specktor’s To Know Him Is To Love Him, a regular feature of Pink Floyd sound checks for many years that is rarely heard by the public.