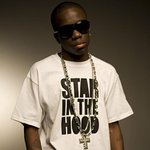 Killing two birds with one stone hasn’t been difficult for London-based rapper Tinchy Stryder, who collaborated with 16 artists in the 2009 single I Got Soul to raise money for War Child UK. Once again combining his passion for music and charity, it has been announced that Stryder will headline a charity gig on November 4 at London’s O2 Shepherds Bush Empire.

Alicia Keys, as co-founder and global ambassador of Keep A Child Alive, a charity of seven years, participates by inviting her fellow musicians to hold charity concerts to benefit children and families who have been affected by HIV/AIDS. 33.4 million people worldwide are infected with

HIV/AIDS and 28 million have died from HIV/AIDS. Keep a Child Alive has provided clinics and medical services in India, South Africa, Rwanda, Uganda, and Kenya and practices anti-retroviral therapy, which is the treatment for HIV patients.

Tinchy Stryder has been an earnest advocate, showing up to the organization’s celebrity-infested Black Ball on May 27. The next Black Ball event will be on September 30 in New York, already boasting performances by Jay-Z and Sade. Keys hopes the support of featured performances will boost donations.

Stryder’s gig in November will be an event shared with other musicians who have yet to be revealed. The money raised from ticket sales will go directly to Keys’ organization.

“The work that Alicia Keys and Keep A Child Alive do to help those suffering with HIV/AIDS in Africa and India is very inspiring,” Stryder said to The Daily Mirror. “I hope that by donating the proceeds from this gig I can help further their work.”

Tickets are already available online here] and can be purchased through Ticketmaster.

The innovative JAY-Z curated two-day music festival and a staple of Labor Day Weekend, Made In America, returns next month for the 10th year of performances. More →