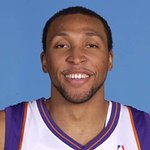 Regarded as one of the most versatile and best all-around players in the NBA, Shawn Marion of the Phoenix Suns is bringing his game to the felt to host the Hearts & Helmets Charity Poker Tournament on January 30. The exclusive event, which will be held at a private venue in Scottsdale, Arizona, hopes to raise more than $1million for various charities, and will include silent and live auctions for such items as Suns/Spurs floor seats, a trip to the World Series of Poker in Las Vegas, a private jet to Napa for the day, a private party on a yacht in San Diego, champagne helicopter tours, celebrity dinners, autographed memorabilia, plasma TVs, tickets to the Super Bowl, and invitations to additional exclusive events.

“This allows you to sit next to and hang out with stars,” said organizer Jeff Geller. “If you’ve got a chip and a chair, you’re in.”

The event will take place 4:30 p.m. to 1:30 a.m. with the location made available upon registration. For more information go to www.allinforacause.com.