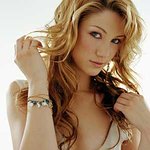 The star – currently engaged to former Westlife singer Brian McFadden – has donated the Swarovski crystal-adorned ball gown custom-made for her by Brisbane designer Richard de Chazal to the auction to raise money for St Andrew’s War Memorial Hospital. Goodrem wore the dress for her performance at the Crystal Ball in Brisbane on August 10.

St Andrew’s was established in 1958 as a living memorial to those who gave so much, so unselfishly, in the two world wars of the twentieth century. It has now earned a reputation as a first class hospital particularly for complex clinical procedures with one of the highest patient complexities in Australia.

Delta’s auction runs until August 23, and can be accessed through eBay.