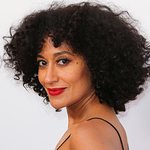 The Fierce & Fabulous Awards luncheon was an invitation-only, red-carpet event honoring exceptional women who are making a difference in the world. Host Tracee Ellis Ross was the afternoon’s host which included a key note address from Diahann Carroll and special remarks from Governor David Paterson. ESSENCE President Michelle Ebanks and Editor-in-Chief Angela Burt-Murray were on hand to pay tribute to each of the honorees in the room as they were presented with medals by Girls Inc. and the Young Women’s Leadership School.

The event took place at the Mandarin Oriental in New York on Monday.