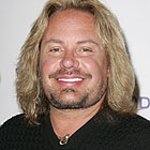 International rock icon Vince Neil of Motley Crue and music industry leader Jeff Castelaz of Dangerbird Records, both fathers of children who lost their battles with Wilms’ Tumor, a rare form of pediatric cancer, are teaming up to launch a new joint fundraising and awareness initiative for their respective organizations -The Skylar Neil Memorial Foundation and The Pablove Foundation.

On Tuesday, September 28th, the two rock n’ roll fathers will return to Children's Hospital Los Angeles, where their children – Sklyar Neil and Pablo Thrailkill Castelaz – were treated. With renowned physician, Dr. Leo Mascarenhas, who treated both Skylar and Pablo, Neil and Castelaz will speak at this special press conference, along with several special guests.

Neil and Castelaz will honor the memory of their children, as well as all of the young cancer patients currently being treated at Childrens Hospital Los Angeles and across the country, while recognizing September as Childhood Cancer Awareness Month. The two dads will take this opportunity to announce plans to raise funds and awareness for the charitable foundations they created to fund pediatric research in the fight against childhood diseases.

Neil and Castelaz will then embark on their own respective tours across America to raise further awareness for their foundations. On the upcoming book tour for his newly release autobiography, Tattoos & Tequila: To Hell & Back With One Of Rock’s Most Notorious Frontmen, Neil will talk candidly about Skylar’s illness for the first time. The singer will also be donating proceeds from the sale of the book to the Skylar Neil Foundation, which has already raised more than $2 million dollars for cancer research. From October 2-21, Castelaz will embark on the second edition of the Pablove Across America cross-country bike tour, which rolls from Seattle to Los Angeles, and has already raised $150,000 in pledged donations to date. Castelaz and his crew of cyclists will spread awareness and garner support during their 20-day ride down the coast.

Pablove Across America riders need to meet their fundraising goal of $500,000 for pediatric cancer research. Donors can support individual cyclists, form fundraising teams, or donate to the overall goal at www.pablove.org.

The Skylar Neil Foundation was founded by singer and musician Vince Neil, in honor of his daughter Skylar, who passed away after a long battle with cancer in 1995. The Skylar Neil Foundation’s mission is to honor Skylar by raising money and awareness through unique charitable events and activities it sponsors, and, grant and award the money raised to medical, research, and educational institutions/groups/individuals who are doing breakthrough work to find cures for cancer, AIDS, and other diseases.

The mission of The Pablove Foundation is to fund pediatric cancer research and advances in treatment; educate and empower cancer families; and improve the quality of life for children living with cancer through hospital play, music and arts programs. Since its founding, Pablove has put together a number of fantastic benefit concerts in Los Angeles, Austin and Milwaukee. Pablove has visited and contributed to playrooms at children’s hospitals in Arizona, California, Texas and Wisconsin, and has assembled an incredible Scientific Advisory Board to review research grant proposals. The organization will be hosting an upcoming Wilms’ Tumor Symposium to bring together families of patients with the country’s brightest pediatric cancer professionals, and is launching the Pablove Shutterbugs program to teach children living with cancer to develop their creative voice through the art of photography.

In Fall 2009, the inaugural Pablove Across America cross-country bike ride raised $250,000, and created worldwide awareness with the participation of cycling champion Lance Armstrong. For more information and updated news, visit pablove.org, or Pablove on Facebook and Twitter.