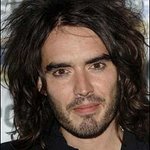 Scottish teenager Ryan McLaughlin, whose Shine on Scotland campaign aims to raise awareness of the importance of Vitamin D in the battle against Multiple Sclerosis, has been awarded a Pride of Britain Award by Russell Brand.

The comedian made a surprise visit to the Scottish parliament last week to make the announcement while 15-year-old Ryan was making a speech… although he made a minor mistake of confusing Ryan with his brother Darren.

“What a wonderful person you are and what a wonderful example of how things that are difficult and challenging in life can be turned around if you have a beautiful spirit like you obviously do have,” said Russell Brand.

Glasgow’s Ryan McLaughlin – whose mother suffers from MS – set up the Shine On Scotland charity in 2009. He organized a petition and march that was presented to Scottish parliament in June that attracted the support of over a thousand people, including Harry Potter creator JK Rowling. He has previously won the Child of the Year Award at the Bighearted Scotland Awards.

“I was speaking in parliament and they cut me off,” said Ryan. "The next thing I know is there’s a commotion and I see a big scraggly guy who looks like Russell Brand talking to my brother. Then I realised it was Russell Brand. I was gobsmacked. I’m a really big fan, I couldn’t really believe he was there. Then it sank in that I’d won a Pride of Britain award and, well, I just thought, ‘Wow!’

“I just thought of all those amazing people who win. I still don’t really believe I belong in their ranks. I feel humbled.”

The Pride of Britain Awards will be screened on Wednesday, November 10, at 8pm on ITV1. Guests will include Prince Charles, Simon Cowell and Cheryl Cole.