Angela Kinsey Wants To Get Sea Turtles Off The Hook 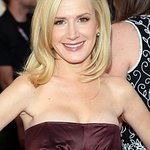 Oceana has announced the official release of its second series of “Getting Sea Turtles Off the Hook” Public Service Announcement (PSA) ads, starring actresses and comedians Angela Kinsey (“The Office”) and Rachael Harris (“My Boys” and “The Hangover”).

Like the first series, which featured actress Kate Walsh (“Private Practice”), this new set of PSAs encourages people to get involved in Oceana’s campaign to save sea turtles.

“Angela and I have wanted to get involved with Oceana for a while so we jumped at the chance to be a part of their sea turtle campaign,” said Harris.

“The general public has no idea about the man-made dangers sea turtles face – our hope is that these ads will raise awareness as well as compel people to take action and help save these animals,” Kinsey added.

In the spring of 2010 the two comedians accompanied Oceana on a trip to the Rivera Maya in Mexico to learn firsthand about sea turtles and to produce the second round of “Getting Sea Turtles Off the Hook” television, radio, print and internet advertisements. Harris and Kinsey were filmed at both the Centro Ecológico Akumal and Xcaret Ecological Park interacting with green and loggerhead sea turtles.

“Turtles are famously slow and cautious, and they really need fast and funny advocates like Angela and Rachael to help save them from extinction,” said Oceana Chief Executive Officer Andrew Sharpless. “People who love turtles now have an irresistible duo inviting them to step forward and join Oceana’s turtle campaign.”

Out of the seven sea turtle species worldwide, six swim in U.S. waters and all of them are either listed as “threatened” or “endangered” under the Endangered Species Act. Though they have been swimming the world’s oceans for over 100 million years, they are now at risk of extinction due to human actions. Every year, hundreds of thousands of sea turtles are caught unintentionally by longlines, trawls and gillnets. If captured sea turtles do survive, they are often seriously injured. Other threats to sea turtles include coastal development along nesting beaches, pollution and climate change. Oceana’s campaign to save sea turtles is focused on gaining stronger protections from fishing gear as well as protections for key habitat areas.

This second wave of sea turtle PSAs highlights the need for stronger protections for sea turtles. Clearly, the status quo is not enough—more needs to be done to protect sea turtles from the threats they face every day.

All of the “Getting Sea Turtles off the Hook” print and online ads along with 30-second TV, Web and radio spots can be found at www.oceana.org/turtlesoffthehook.