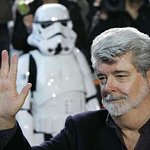 eFX Inc. and the 501st TK Project auctioned one of the most unique Star Wars collectibles ever created in a special eBay charity auction last month to benefit the Make-A-Wish Foundation.

On its own, eFX’s replica Star Wars stormtrooper helmet is a sought-after collectible, but the version eFX is auctioning includes more than a dozen signatures from the talented cast and crew of the original Star Wars Trilogy, making it one of the most rare Star Wars collectibles ever offered to fans.

The eFX stormtrooper helmet can be viewed online at eFX’s website, www.efxcollectibles.com, and the auction is in conjunction with the 501st Legion, an organization created by Star Wars fans that helps raise awareness of local charity needs and efforts. More information about the 501st Legion and its recent auction of uniquely designed Star Wars stormtrooper helmets can be found at www.501sttkproject.com.