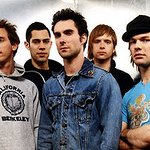 The singer got his gear off for the magazine feature this month, and has been joined by three members of the English cricket team – James Anderson, Stuart Broad and Alastair Cook. The stars are all appearing without clothes in the magazine for Everyman, a British charity that aims to stamp out male cancer.

The Everyman centerfold campaign, which began in 2001, has seen numerous stars strip off in the name of charity – including Lenny Kravitz, Danny Cipriani, Ewan McGregor, Danny Dyer, Eminem, Gavin Henson and many more. Other celebrity supporters include Piers Morgan and footballers Vinnie Jones and Paul Gascoigne.

Everyman was launched in 1997 for 3 reasons: The incidence of prostate and testicular cancers was rising dramatically; a lack of funds meant that too little research had been carried out; and men were (and many still are) notoriously bad at discussing health matters. The campaign aims to break the taboos surrounding prostate and testicular cancer and raise awareness of them amongst men and women; and to raise funds so that our scientists could carry out research vital to improving the outlook for every man – and so cross out testicular and prostate cancer.

To find out more, visit www.everyman-campaign.org. 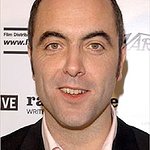 Baby, I Love You