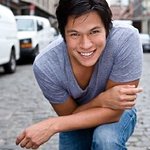 Ever want to cruise the Meditteranean with Twighlight Saga heartthrobs Chaske Spencer or Charlie Bewley?

Fans of the hit vampire film series now have the chance to sail off into the sunset on the 2011 Twi Cruise. The round-trip excursion sets off from the port for Rome, June 20th ˆ 30th, aboard Holland America’s Noordam (Civitavecchia), then heads to Livorno for Florence and Pisa; Monte Carlo; Barcelona; Palma de Mallorca; Tunisia; Palermo; Sicily and Naples for Pompei and Capri.

A custom-designed tour to Volterra after the cruise will give fans an up-close look at the charming yet unassuming Tuscan town that is the inspiration for Stephenie Meyer’s sinister vampire monarchy, the Volturi. The tour will also visit Montepulciano (where “New Moon” was filmed), Florence and Rome.

Spencer (Sam Uley, the hunky leader of the Wolf Pack) will be returning for this second Twi Cruise, having participated in the 2010 Alaskan cruise, and Bewley (Demetri, the mysteriously charming member of the Volturi) will be joining him on board. There will be photo shoots, autograph sessions, Q&A and more during the 10-day cruise.

The event will be hosted by The Immortals, a cast of tribute artists with an uncanny resemblance to the beloved Cullens. The tribute cruise will include a Costume Event, La Dolce Vita Cocktail Party and Dance, Trivia Contests, Original Games, Twi-Cruisers Got Talent Show, Legends Karaoke Party and a Charity Auction which will benefit the Quileute Tribal Schools in La Push, Washington.

Twighlight character Jacob Black (played by Taylor Lautner) is set as a member of the Quileute Tribe. Lautner’s charater would have attended the tribal school in La Push with about 80 children, learning the ancient cultures and traditions cherished by the tribe.

To book your place on the cruise, click here.