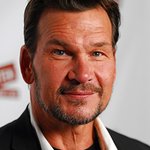 British women have crowned Dirty Dancing – starring Patrick Swayze and Jennifer Grey – as their favourite chick flick for a girls’ night in, according to a survey for Oxfam, to mark the launch of Oxfam’s Have a Bit of a Do fundraising campaign.

The classic film was the top choice for 21% of those who have a favourite chick flick for a girl’s night in. Bridget Jones’s Diary – featuring Renee Zellweger and Hugh Grant – came a close second with 19% of the vote while Pretty Woman and Sex and the City were joint third with 11%. Love Actually (also featuring Hugh Grant) came fifth in the race to be named the UK’s favourite film for a girls’ night in with 9%.

The survey also revealed a North-South divide when it comes to chick flicks. Women in the North East, North West, and Yorkshire and the Humber were most likely to choose Bridget Jones’s Diary as their favourite girly film, with those living in London, the South East and the South West opting for Dirty Dancing.

Cathy Ferrier, Director of Fundraising at Oxfam, says: "Have a Bit of a Do is a brilliant excuse to get together with friends for an evening of drinks, dinner or whatever you fancy. By organising these gatherings and events people can not only mark the centenary of International Women’s Day, they can also raise money to support the work we do to help change the lives of women across the world.

“The ‘Have a Bit of a Do’ events will fund a range of Oxfam projects. These include an initiative to improve maternal healthcare in Ghana where thousands die from complications in pregnancy each year and projects to end violence against women in Pakistan where 80 per cent of the female population has suffered domestic violence.”

With women most likely to get together with their female friends once every few months, Oxfam is calling on women across the UK to ‘Have a bit of a Do’ to celebrate the 100th anniversary of International Women’s Day (8 March 2011). Oxfam wants to see women across the UK join forces to raise the vital funds needed to support their work with women living in poverty.

To provide inspiration for women planning ‘Have a bit of a Do’ events, the survey asked about ideal activities for girls’ nights. Having a dinner party (17%) topped the poll for girl’s nights in, followed by a night of movies (11%) or cheese and wine (11%). If you prefer a girls’ night out, dinner with friends (28%) was the most popular, followed by drinks and dancing (15%), a night at the theatre (8%) or a trip to the local pub (7%).

More information about ‘Have a bit of a Do’ for Oxfam can be found at www.oxfam.org.uk/celebration.