Stars Raise Their Hands for Africa 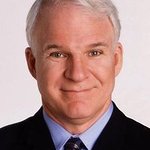 Steve Martin, Don Cheadle and Jordin Sparks are set to raise some funds while raising the stakes at the first annual Texas Hold’em poker tournament “Raise Your Hand for Africa”.

Stars from the gridiron, poker world, Hollywood and the music industry will put their cards on the table February 18 and 19, 2011 at the Golden Nugget in Las Vegas.

Benefitting from the tournament are PROS FOR AFRICA, a non-profit relief organization providing basic needs to the children of Africa and Starkey Hearing Foundation, which is dedicated to building better lives for the hearing impaired by providing hearing instruments to those in need. This inaugural event will fund combined African missions by both organizations.

“The Starkey Hearing Foundation’s mission is to bring the gift of hearing to those in need,” said Bill Austin, Chief Executive Officer of Starkey Laboratories and Founder of the Starkey Hearing Foundation. “Our goal is to raise awareness and the necessary funds to help the world’s hearing impaired, and we thank the football and entertainment communities as well as our event partners for staging this great tournament and rallying their fans to support our upcoming mission to Africa.”

“The Raise Your Hand for Africa tournament will help provide hope, help and love to the children of Africa, and make our upcoming mission possible where myself and several other football players are planning to visit Uganda and Rwanda to deliver basic life-saving needs to various communities.” said Adrian Peterson.

Monies raised from the Raise Your Hand for Africa event will allow more than 25 football stars with PROS FOR AFRICA to bring basic necessities to African woman and children, and join the Starkey Hearing Foundation on a special hearing mission. Under the direction of Bill Austin and a team of hearing experts, the Starkey Hearing Foundation mission to Africa will include visits to Kenya, Uganda, Rwanda, and Burundi, with the distribution of hearing aids, custom fittings, audio testing, batteries and counseling on how to care for the devices.

For registered participants, the two-day event includes a VIP reception on Friday, February 18 and the main event on Saturday, February 19 including red carpet arrivals, tournament and post-tournament party. A $2,000 participation fee guarantees guests a seat at the table to the main event, as well as two passes to Friday’s VIP reception, two spectator passes, and two passes to the Saturday post-tournament party. Additional levels of participation are available, along with full table packages. Prizes include a 2011 second production CSM #2 Mustang Shelby; all expense paid trips to exotic destinations; and much more. Space is limited. To learn more, or to register for the event, visit http://www.starkeyhearingfoundation.org.

About The Starkey Hearing Foundation

The Starkey Hearing Foundation is striving to change the social consciousness of hearing and hearing loss prevention. Hearing loss affects one in 10 Americans, and 63 million children worldwide, yet many do not have access to the hearing devices that can help correct that disability. Each year, the Foundation delivers more than 100,000 hearing aids through hearing missions in countries stretching from the U.S. to Vietnam. Since 2000, the Foundation has supplied nearly 500,000 hearing aids to people in need and is striving to achieve its goal of distributing over one million free hearing aids in this decade. In addition to giving the gift of hearing, the Foundation partners with Best Buy and the Grammy Foundation to promote ‘safe hearing’ and hearing loss prevention among teens and young people, through its national program, Soundmatters. For more information on the Starkey Hearing Foundation, visit www.starkeyhearingfoundation.org.