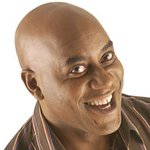 The Make-A-Wish UK Valentine’s Ball at The Dorchester earlier this month went with a bang as the event, now in its 5th year, smashed its previous record for the amount of money raised.

Entertainment came from the Make-A-Wish Showband and the singing waiters of Elegant Entertainment, with the highlight of the evening being the show put on by the cast of hit West End musical Jersey Boys.

The Make-A-Wish auction, hosted by TV presenter Jamie Breeze, offered fantastic prizes, such as the chance to see Coldplay live in Rio De Janeiro, an exclusive box for the England v Scotland match in this year’s Six Nations rugby tournament, seven nights’ tiger-watching in India and the chance to not only see Jersey Boys but to appear on stage with the cast in five scenes, including the finalé!

The Ball, one of the Make-A-Wish flagship fundraising events of the year, was as ever organised by an enthusiastic and energetic committee.

Neil Jones, Make-A-Wish CEO, said: “There are currently 20,000 children and young people in the UK fighting a life-threatening illness. This year alone around 1,200 of those children will turn to Make-A-Wish. Through the extraordinary generosity of our guests and the hard work of our Ball committee, we are delighted that many of these children will now be able to have their special wish granted.”