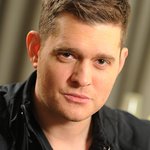 Michael Buble will perform a special show for boatees taking part in the Variety - The Children's Charity 2011 R Marine Variety Splash on Sunday, March 6, in Australia.

The crooner will sing as part of the charity’s Splash event at Sandleford Margaret River, near Geographe Bay in the South West of Western Australia.

Australia gave Michael his first number one album anywhere in the world when his 2003 self-titled set hit top spot in May 2004. That album is now seven times platinum. The 2005 follow-up, It’s Time, is five times platinum, as is Michael’s 2007 album, Call Me Irresponsible.

The Splash event will see a flotilla of boats cruise the turquoise waters of Geographe Bay from March 3 till March 8. Whether you are an experienced boatie or new to the water, the Splash is a fantastic opportunity to explore some of WA’s best boating waters, with a supportive team behind you all the way.