Look To The Stars Asks The Neelys 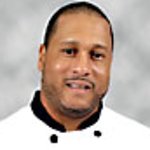 Besides serving up delicious ribs, Get Yo’ Man Chicken, and strawberry shortcut cake, the Food Network’s latest stars Pat and Gina Neely have a long-standing tradition of serving the community.

Down Home with the Neely’s drew an audience of two million viewers at its launch in February, and the dynamic husband and wife team of Pat and Gina Neely has broken all sorts of Food Network records since then. Yet they still manage to find the time to run their three restaurants, where their famous diners have included Robert Plant, Robert Clay, Steve Miller, Jay Leno, Dennis Quaid, Meg Ryan, John Legend, Stacy Spencer, and Alicia Keys.

Despite the soaring ratings, the pair have remained grounded and interested in making a difference.

Look To The Stars recently had a chance to catch up with the Neelys and share recipes on how to make the world a better place.

How important is it to give back to the community?

GINA: I’m not sure people understand the importance of giving back. It is important for us to give back. When you give, your blessings are unbelievable. You can’t put a price tag on it. Pat and I have always given. I remember how instrumental it was when I was growing up and people stepped up and helped us, so it is so important for us to give that back.

PAT: What people have to understand is that Gina and I come from very humble beginnings. We didn’t have a whole lot. My mother’s home was in foreclosure when I was a senior in high school. I lost my father when I was eleven… there was never enough money. Gina and I have pretty similar backgrounds. When I opened my first restaurant, I had twenty thousand dollars that was borrowed from my grandmother’s home, that she put up for collateral – and she was 90 years of age. That was all I had first day I opened the doors. I was dead broke… One of the things I remembered early was when I start making some money and when things start turning around for me that I am going help somebody. One of the best feelings in the world is to be able to give… Gina and I give away 30 home tickets away every single home ball game for years now. Since we’ve been involved with the Memphis Grizzlies NBA team, nothing is more rewarding than when my mail comes in and there is a big brown envelope with 30 letters from 30 kids’ middle and elementary schools thanking us for being able to go to the game. Letters say, “Mr. Neely, without you I would not have been able to go to an NBA game.” Do you find yourselves feeding people such as the homeless?

PAT: I know several years ago, along with some other good people who decided to participate, we opened up on Christmas Day or Thanksgiving Day.

PAT: And then we invited everyone off the streets to come in and eat free. I don’t know how many… [maybe] 1500. These were people off the street that were homeless. But there are so many other things; what you try to do is really spread it around. I give what I can give. One of our proudest moments is that there is a huge plaque on the wall at the National Civil Rights Museum in Memphis, where Dr. Martin Luther King was assassinated. A couple of years ago Gina and I were approached to give to a substantial donation to the museum while at a dinner. I told Gina we can’t afford it… I get back to the restaurant – I have some high school kids working for me so I am all in the civil rights mood – and I ask the kids, “Who is Rosa Parks?” You know they did not know.

GINA: They said, “Is that a rapper?” Can you believe that?

PAT: Gina and I get back in the car, and I am like, “What the hell is going on?” It was only a generation or so a go that these people fought us… If it was not for Rosa Parks, or Dr King, I may not be running my own business. So I looked over at Gina and said that we have to make this contribution. Fortunately, the Civil Rights Museum put us on a payment plan… To make a long story short, it was I along with twenty other African-American businesses that made that contribution. The money was matched by corporate Memphis. Together we were able to raise 9 million dollars, and that is where the expansion took place at the National Civil Rights Museum… I feel very proud that our grandchildren will one day see their grandmother and grandaddy’s plaque on the wall.

Thanks so much for taking the time out to talk with us.

More information about Down Home With The Neelys can be found at their Food Network website.