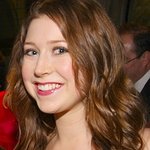 One of the biggest nights on the New Zealand music calendar, the Raukatauri Gala Dinner, is proud to announce another streak of star power to its stellar 2011 line-up.

As part of her long awaited return home, classical star and Raukatauri Music Therapy Trust patron Hayley Westenra will perform at this year’s event. And Kenny Rogers has donated a signed guitar to the evening’s auction.

In one of his first public performances since his recent cycling accident, Don McGlashan’s performance will also be a must-see. Don and Hayley will take the stage alongside some of New Zealand’s finest artists including Tim Finn, Anika Moa, Opshop’s Jason Kerrison, Lawrence Arabia and Nesian Mystik.

Off the stage, there are several new and exciting prizes going under the hammer in both the live and silent auctions. New additions include a guitar signed by country music legend Kenny Rogers, a power lunch with Kiwi business icons Rob Fyfe and Geoff Ross, and a fabulous style make-over and Next magazine photo shoot.

Artist Otis Frizzell will also complete a live painting of Tim Finn on the night which will be auctioned off at the end of the evening. The long list of auction items also includes an evening at renowned chef Peter Gordon’s ‘Providores’ restaurant in London, a longboard signed by grunge legends Pearl Jam and a deluxe mystery weekend getaway.

Gala guests will have a chance to bid on these great prizes and more in a live and silent auction using ground-breaking smartphone technology from Vodafone New Zealand.

The event takes place at The Langham in Auckland on Thursday, May 5. More information can be found here.