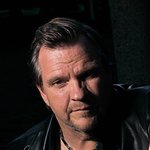 All four competitors from the current season of the reality show, will donate the proceeds from sales of ‘Stand in the Storm’ to the charities they have been raising cash and awareness for on Celebrity Apprentice.

Meat Loaf’s donation will go to the Painted Turtle (one of Paul Newman's Hole in the Wall Gang camps for ill children); John Rich’s to St. Jude Children's Research Hospital; Lil Jon is donating to the United Methodist Children’s Home of North Georgia while Mark McGrath is donating to the Save The Music Foundation.

The single was released as a download via iTunes.com on May 9, 2011.