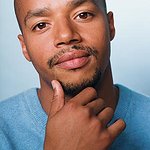 Scrubs star Donald Faison and Price of Beauty’s CaCee Cobb will be handing out shoes at the Los Angeles Mission next week.

National Barefoot Week will be celebrated with the giveaway of several thousand pairs of new shoes at the Los Angeles Mission – as the Mission kicks off its 75th Anniversary Celebration.

Soles4Souls is the title sponsor the series of events nationwide (June 1-7), encouraging people to temporarily go barefoot and donate their shoes. Events will be held in six cities with nearly 10,000 pairs of shoes to be distributed.

At the Los Angeles Mission celebrities and other volunteers will distribute the new shoes as part of this effort. Shoes are donated by manufacturers, shoe stores and individuals.

Footwear is a critical need for the homeless in Los Angeles. Many homeless and poor have foot issues because of ill-fitting or worn shoes, and the inability to take care of their feet adequately. New, correct sized shoes will make a big difference to their overall health and well-being.

The event takes place at the Mission at 303E. Fifth Street at 9am on Monday, June 6.