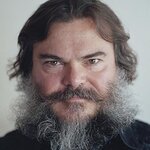 On Tuesday, May 24, 2016, Jack Black, Nick Cannon, Mark Cuban, Brian Austin Green, Pete Wentz, Clark Gregg and Jason George were among the stars who got suited up to co-star with heroic Miracle Kids in a Superhero themed PSA shoot to benefit patients at Children's Miracle Network Hospitals.

The highly anticipated superhero PSAs are part of the charity’s “Put Your Money Where The Miracles Are” campaign and may be viewed at cmnh.co/superheroesforkids. They will inspire superhero fans of all ages to support the life-saving treatments, equipment, research and charity care provided by Children’s Miracle Network Hospitals at 170 children’s hospitals across North America.

Kidney transplant survivor Angelica Hale, or Solar Singer, co-starred with Super Shemdog in a hilarious spot with billionaire “Shark Tank” investor and owner of the Dallas Mavericks, Mark Cuban, where he tried to convince the Miracle Kids to invest in his new business. “Workaholics” creators and co-stars Adam DeVine and Anders Holm starred as eager superheroes Crop Duster and Snail Man and begged Solar Singer to send them out on an important mission. Solar Singer teamed up with The Breeze, played by "Deadpool’ star Brianna Hildebrand to send a high note hurricane package to the evil Devie Devil.

Celebrities and Miracle Kids were able to customize their own superhero, sidekick and super villain costumes in the Wardrobe Suite. Teams from Paul Mitchell Schools and CAO Cosmetics made sure our superheroes and super villains looked convincing.

Miracle City’s superheroes and super villains relaxed in the Superhero Lounge where they enjoyed hot chocolate and coffee from Coffee Bean & Tea Leaf, an organic juice bar by Suja, healthy and delectable desserts by Hail Merry and delicious cotton candy by Love Swirls. Guests were treated to a gourmet lunch and hydration was powered by AQUAHyrdate. Everyone designed their own superhero masks and cuffs, created their own superhero comic book and had their superhero names tagged by a professional graffiti artist. Superheroes also took home portraits created by a professional caricature artist.

“The 10 million kids treated at our member hospitals each year are battling serious illnesses and injuries, much like the superheroes and sidekicks in these stories are battling super villains,” said John Lauck, president and CEO of Children’s Miracle Network Hospitals. “We’re grateful for the generous support of everyday heroes — both on screen and off — who help children’s hospitals provide the vital care necessary for deserving kids across North America.”