CaCee Cobb And Donald Faison Give Their Soles To Charity 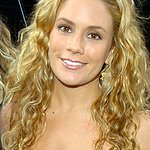 Soles4Souls, the Nashville-based nonprofit, focuses on providing free shoes to needy people around the world. The organization organized Barefoot Week in an effort to provide new shoes for the homeless in the US. Sole4Souls collects and distributes both new shoes in the US and “gently worn” shoes overseas. Soles4Souls was started by professionals in the footwear industry who use industry resources to make a difference around the world.

In Los Angeles, recipients were excited to see CaCee Cobb (Price of Beauty on VH-1), Donald Faison (Scrubs) handing them shoes. Many asked for photos to go with their footwear.

Much of the time, the homeless don’t have shoes that fit, and that can cause them health problems," said Herb Smith, President of the Los Angeles Mission. “The shoes distributed today will provide a healthier and safer existence for our friends and neighbors. The partnership demonstrated today between OeTZI 3300, the company who made and donated the shoes, and the nonprofits like Soles4Souls and the Los Angeles Mission who distribute them is a good model for service to the poor and homeless. Real people really benefit from partnerships like this.”

“Los Angeles Mission was established in 1936 as a soup kitchen and Christian outreach to homeless men on Skid Row,” said Smith. Today, the Los Angeles Mission provides more than meals, offering long-term healing and hope through Christian restorative rehabilitation programs that touch body, mind, health and spirit. This shoe distribution is an illustration of the kind of service we have offered the community for the past 75 years."

“We are very proud to work with the LA Mission and be able to serve people in need,” said Wayne Elsey, Founder & CEO of Soles4Souls. “This event is an important part of our Barefoot Week celebrations, which are designed to bring communities together with the common goal of helping people when they need it most,” he said.

Also helping distribute the shoes was a youth group from Houston, Texas, who volunteered at the Mission today. The group, from St. Martin’s Episcopal Church, didn’t realize they would be working with celebrities and have media documenting their work. “They are having a great time, and working hard,” said the group’s leader Laura Henry. “They volunteered to make a difference, and today they are able to see the impact that helping others can have.” The group traveled from Houston to Los Angeles to volunteer at various locations in the city. They are working through the Center for Student Missions. Nine students and 2 leaders are spending the week in Los Angeles.

“Wow, what an amazing start to my day,” said Ludovic Malmoux, the Creative Director and Founder of OeTZI3300 shoes, who donated the shoes for the event. “There is very little that gives me as much pleasure than that of a smile. Today, the Los Angeles mission and all its wonderful crew gave my team and I the opportunity to give away 874 smiles. Thank you.” The company donated more than 900 pairs of its unique shoes to be distributed. The remaining shoes will be put into the Mission’s clothing banks for men and women, and distributed as guests come in and need shoes.