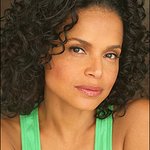 When Victoria Rowell was eight years old, her foster mother enrolled her in a classical ballet school. It was an act of love that led to bigger and better things – not only did dancing teach her to live her life with poise and grace, it also gave her the discipline to face the many challenges she has encountered. From ballet to acting, Rowell has lived a life of passion, a merit that eventually led her to establish the Foster Children Positive Plan.

Most people know Victoria Rowell from her role as Drucilla Winters on the long-running daytime drama The Young And The Restless and her role as Amanda Bentley on Diagnosis Murder (alongside Dick Van Dyke). Born in Portland, Maine, Rowell was surrended to child services when she was just 16 days old and spent the next 18 years in foster care. However, she has no doubt that it was the ballet lessons that gave her the courage and the strength to find herself as a person and to help her discover her potential. Soon after her first tentative steps into the world of dancing, Rowell received scholarships to the School of American Ballet, the Cambridge School of Ballet, the American Ballet Theater, and the Dance Theater of Harlem. After dancing with the Juilliard School of Music’s dance extension program, it was only a short step to acting and appearing on shows such as The Cosby Show and films such as The Distinguished Gentleman and Dumb And Dumber.

In 1990, at the height of her acting career, Rowell decided she wanted to help the thousands of foster children who do not recieve the same opportunities that led her to a successful career in the arts. She wanted to become a passionate voice for children like herself, and established the Foster Children Positive Plan to help children reach their potential in the arts and sports.

Today, the plan runs scholarships to assist foster children attend dance classes, sports camps, and also give them the opportunity to partake in cultural enrichment programs. And it is a cause that has attracted some high profile supporters – including Melora Hardin, Bill Clinton, and Hillary Clinton.

Rowell has become a passionate lobbyist for foster child rights, and has received many awards for her work, including an honorary Doctorate of Humane Letters from the University of Southern Maine, the National Arts Award from the National Association of Counties, and the United Nations Association Award. She has appeared on a multitude of television shows promoting her beliefs, including Dr Phil and the Montel Williams Show, and is also the national spokesperson for Casey Family Services.

In 2007, Rowell released a book chronicling her time in foster care called The Women Who Raised Me, a fascinating read that reveals her courage and determination to make the world a better place for foster children.

“Growing up as a foster child, little did I dream that someday I would have my own non-profit organization dedicated to helping foster children,” said Rowell. “I [want] to change perceptions and bring national attention to the plight of over 550,000 foster children in this country, many of whom have significant educational and emotional needs, and who have suffered either neglect or physical and emotional trauma. Foster children are good kids. With guidance and instruction, they will be prepared to become self-sufficient, successful adults.”