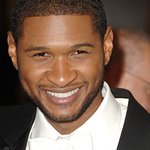 The award recognized Turner’s lifetime of leadership in philanthropy, including launching the UN Foundation and in turn its Nothing But Nets campaign—a global, grassroots initiative to end malaria in Africa.

Usher’s New Look has been a long-time partner of Nothing But Nets, including raising awareness and funding last year to send 40,000 life-saving bed nets to families in Ethiopia.

To date, Nothing But Nets has raised more than $35 million to distribute more than 4 million nets to families throughout Africa.

Over 500 young people from around the globe, including the U.K., Africa and Asia, attended the World Leadership Conference and Awards at the Cobb Galleria in Atlanta from July 20th – 22nd. The Conference theme, “One World Powered By Service,” focused on two days of substantive workshops and panels led by New Look youth, as well as newsmakers, business leaders, artists, musicians – such as John Rich – journalists and local personalities.

“In order to truly mentor youth leaders, we have to expose them to discussions of global economics, global challenges, and most importantly, global solutions – which is exactly what the World Leadership Conference does. The Awards will once again celebrate the contributions of individuals who have made a difference in the lives of young people everywhere,” said Usher Raymond, IV, founder of the New Look Foundation.

According to Shawn Wilson, President, New Look Foundation, “We are excited to bring the World Leadership Awards back to Atlanta, and extend them this year to incorporate a Conference where real issues can be discussed and debated, and New Look youth will have a chance to showcase their talents.”

Established in 1999, Usher’s New Look Foundation has mentored over 9,000 youth through over 150,000 hours of training across its four leadership pillars – talent, education, career and service. Through the development of innovative programs and a culture of consistent evaluation, reflection and refinement, New Look has achieved the gold standard in leadership development and success for youth. Now in its twelfth year, New Look has seen 98% of participating youth graduate high school and go on to college.