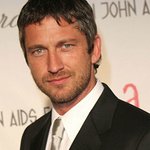 Gerard Butler will be at the Los Angeles premiere of his new film Machine Gun Preacher on Wednesday, September 21, to benefit Angels of East Africa.

Also present will be fellow cast member Michelle Monaghan, writer Jason Keller and real-life hero Sam Childers, on whom the film is based.

Machine Gun Preacher is the inspirational true story of Sam Childers, a former drug-dealing criminal who undergoes an astonishing transformation and finds an unexpected calling as the savior of hundreds of kidnapped and orphaned children.

Following a life of violence and crime, Sam Childers found God. Encouraged by his Pastor in the US, he visited Southern Sudan in 1998 during the Second Sudanese War to repair huts damaged in the conflict. But when he found the body of a child torn apart by a landmine, Sam made a pledge to God to help the people of Southern Sudan in any way he could. In the face of the brutal rebel militia that had kidnapped 30,000 children and murdered hundreds of thousands of villagers – as well as mounting bills at home in the US that saw him lose his house and car – Sam established Angels of East Africa and built an orphanage that has since fed and housed over 1000 children. Today, 200 children still call the orphanage home.

Sam Childers led armed raids to rescue thousands of children from the militia, earning him the nickname Machine Gun Preacher.

To find out more about Sam and the film, click here.

The LA premiere of the film starts at 7:30pm on Wednesday, at the Academy of Motion Picture Arts and Sciences, Samuel Goldwyn Theatre, 8949 Wilshire Blvd, Beverly Hills.