Angels of East Africa was established by Sam Childers, whose life is portrayed by Gerard Butler in the 2011 film, Machine Gun Preacher.

Angels of East Africa is a Children’s Village for orphans located in South Sudan dedicated to the rescue, restoration, and enablement of children caught in the crossfire of the rebel atrocities in the area. Founded by an unorthodox American pastor from Pennsylvania named Sam Childers, the organization has been operating for a decade, saving the lives of hundreds of children and renewing hope in a region where it had all but vanished.

Specifically and most notoriously, the Lords Resistance Army (LRA), led by the spiritist warlord Joseph Kony, is culpable for the heinous crimes that plague the region. The threat of attack at the orphanage is a daily reality, but Sam Childers and his team refuse to let the LRA terrorize the children they have worked so hard to rescue and protect. Children’s Village is the only orphanage in South Sudan that refuses to move or retreat amidst increased rebel attacks or incidents of war.

The more than 200 children at the property found their path to shelter in many different ways. Some were brought to the property after they lost their parents to disease. Others walked hours or even days from recently attacked villages, passing out literally as they approached the orphanage gate. Most of the children, however, were rescued by the soldiers and staff from Children’s Village after witnessing the murder of their parents or being abducted by
rebel groups.

Every child’s story is a bit different, but a common thread binds them all; after experiencing what could only be described as hell on earth, they are eventually rescued by the soldiers and staff at Children’s Village. In a valiant effort that places even their own lives on the line, this devoted staff experiences life every day with these children in order to resurrect hope in their hearts.

Sam sees Children’s Village as a mission that gives purpose to his life. He would like to see more people join that mission. “A lot of times we might help someone a little bit, but I’m talking about really saving a life. Most of us have never done that. And if the American people would only learn to really save a life, it would change their own [lives]. I know, because it has [changed] mine.”

Following a life of violence and crime, Sam Childers found God. Encouraged by his Pastor in the US, he visited Southern Sudan in 1998 during the Second Sudanese War to repair huts damaged in the conflict. But when he found the body of a child torn apart by a landmine, Sam made a pledge to God to help the people of Southern Sudan in any way he could. In the face of the brutal rebel militia that had kidnapped 30,000 children and murdered hundreds of thousands of villagers – as well as mounting bills at home in the US that saw him lose his house and car – Sam established Angels of East Africa and built an orphanage that has since fed and housed over 1000 children. Today, 200 children still call the orphanage home.

Sam Childers led armed raids to rescue thousands of children from the militia, earning him the nickname Machine Gun Preacher.

Angels of East Africa has received support from the following celebrities listed on this site:

Activity
Social reach
Google trends for "Angels of East Africa"
Available to Insiders only
Get Insider Access to these insights & more... 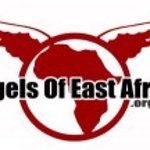 Vision Films, Inc. is proud to announce the release of The Machine Gun Preacher Documentary, directed by Kevin Evans and Zac Simpson and produced by Angels of East Africa. More →

We don't have any videos related to Angels of East Africa.