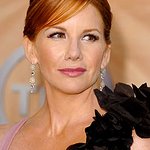 It is a case of give and take for actress Melissa Gilbert this week, as she follows receiving a humanitarian award with an auction to raise money for children with serious illnesses.

The 43-year-old received the Humanitarian Leadership Award at the 2008 National Hospice Foundation Gala last Friday in Washington, DC. The evening, which featured a silent auction, dinner and party, celebrated some of the people who have lent their support to hospice and palliative care over the last year. Gilbert, who is the board president of the Children's Hospice & Palliative Care Coalition and the spokesperson of the Partnering for Children campaign, was awarded the accolade in recognition for her work on behalf of children facing life-limiting conditions.

To follow up on the award, Gilbert is auctioning the opportunity to accompany her to a Dodgers vs. Diamondbacks game in Los Angeles on April 24, including the use of a private luxury suite at Dodger Stadium. The package also includes VIP parking for up to 9 cars, food and drinks, personalized photos of Melissa Gilbert, commemorative silver bracelets, and Dodgers memorabilia… a total value of over $6,500!

100% of the proceeds will go to the Children’s Hospice & Palliative Care Coalition, an organization that aims to ensure that children are treated with respect, dignity, and love within the medical system.

But you had better be quick – the auction ends later today, April 16, and can be accessed via eBay. 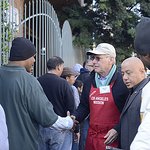 Thousands of wrapped toys were handed out to kids in a huge Christmas display Monday at the Los Angeles Mission's annual Christmas Eve event. More →