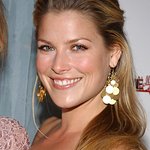 May 13th is Mother’s Day. It’s a time when violence against children affects over 3 million children and when bullying and suicides are at an all-time high. Love Our Children USA has announced the recipients of the Seventh Annual Mothers Who Make A Difference Awards, recognizing celebrity mothers for balancing motherhood, work and causes.

The five take on vital issues, giving of themselves to better the lives of others, still balancing their work and parenting.

Ross Ellis, Founder and Chief Executive Officer of Love Our Children USA said, “We are delighted to honor four selfless and caring women who contribute so much to their children, families, society and to causes. At a time when our country’s youth are plagued by bullying, cyberbullying, Internet dangers, school violence and suicide; not to mention parents at-risk, these mothers serve as role models whose children are their first priority.”

The 2012 Mothers Who Make A Difference include:

Ali Larter is an actress known for her role on the TV show Heroes. At age of 14 she was discovered by a modeling scout which led to a contract with Ford Models. She appeared in films such as: Varsity Blues, House on Haunted Hill, Legally Blonde, A Lot Like Love, Marigold and Obsessed.

Her presence in the media is reinforced by her appearances in lists compiled by FHM and People magazine’s “Best Dressed List.” Ali is married to actor Hayes MacArthur and is the mom of 2 year-old Theodore Hayes MacArthur.

A mom, wife and actress, Ali is a supporter of Make Poverty History. She also supports: Heroes in Heels, March Of Dimes, The Art of Elysium, V-Day and Wish Upon A Hero Foundation.

Debra Messing, actress is best known for her roles on Will & Grace, The Starter Wife and the new TV show SMASH. Messing has been nominated for many awards and won an Emmy Award, SAG Award, TV Guide Award, and the Gracie Allen Award.

Mother of 8 year-old son Roman, Debra recently appeared on The View saying she didn’t take many roles as she wanted to stay home and raise her son.

Kelly Ripa is an actress, talk show host, and producer. She played Hayley Vaughan on All My Children, and starred in Hope and Faith. She is best known as host of the talk show Live! with Kelly. Kelly co-owns a NY production company with her husband Mark Consuelos. Ripa has been named as People’s Most Intriguing People and one of the Most Powerful People in Media according to The Hollywood Reporter.

Mother of three – Michael, Lola and Joaquin and wife of Mark Consuelos, Kelly is a staunch supporter of anti-bullying. She supports Mothers Against Drunk Driving and is a devoted supporter of ovarian cancer, where she has teamed with Electrolux to raise funds for The Ovarian Cancer Research Fund. Every summer, she hosts Super Saturday in Easthampton raising over $3.5 million for OCRF.

Julia Roberts rose to fame after starring in Pretty Woman. She received Golden Globe Awards and Academy Award nominations for Steel Magnolias and Pretty Woman, and won the Oscar for Best Actress in Erin Brockovich. Her films My Best Friend’s Wedding, Mystic Pizza, Notting Hill, Runaway Bride, Valentine’s Day, The Pelican Brief, and Ocean’s Eleven has made her a huge box office draw.

Julia was named one of People magazine’s “50 Most Beautiful People in the World” eleven times. Ladies Home Journal ranked her as the 11th most powerful woman in the U.S. Roberts is married to cameraman Danny Moder and has three children— Henry Moder and twins Hazel Moder and Phinnaeus “Finn” Moder.

As a busy mom, wife and actress, Julia supports: UNICEF, Rett syndrome, Hole in the Wall Gang, Children's Hospice & Palliative Care Coalition, Global Fund, Kids Wish Network, (RED), Red Cross, and America: A tribute to Heroes charity telethon for victims of 9/11, where she donated $2 million to the cause.

Alison Sweeney is an actress and reality show host. Best known for her role as Samantha Brady Hernandez on Days of our Lives, she earned four Soap Opera Digest Awards and a Fan Voted Daytime Emmy Award. She is also the host of The Biggest Loser and stars in (and is executive producer of) TV Guide Network’s show Hollywood Moms’ Club.

A busy actress, wife and mother of a 7 year-old son and a 3 year-old daughter, she supports: ACT Today!, Feeding America, Hope North, the MDA, SAG Foundation and The Art of Elysium. Alison also launched the website www.hydrationforall.com to promote hydration for families and assist charity:water.

The winners will receive crystal heart awards designed specifically for Love Our Children USA by the illustrious crystal designers FineAwards.com. We congratulate them and all mothers who make a difference.