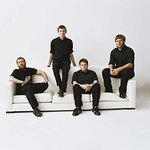 Punk rockers – your attention please. Ready for a bit of anarchy in the name of a good cause? Why not check out the hot new ticket auction on eBay for the chance to attend the premier punk rock event of the year – the Vans Warped Tour. Not only could you get the chance to have the best seats at the venue – you could also join your favorite band ONSTAGE!

The 14th annual Vans Warped Tour will make stops in 46 US and Canadian cities, beginning on June 20 in Pomona, California, and concluding August 17 in Los Angeles, California. Each festival date features over 40 cutting-edge musical artists performing on five stages, as well as other attractions including top athletes in the action sports world, skateboard ramps and demonstrations, informational tents, autograph signings, giveaways, and lifestyle events. The 2008 Tour will feature leading punk and hard rock bands, including Against Me!, Angels & Airwaves, Cobra Starship, Gym Class Heroes, Paramore, Pennywise, Relient K, The Academy Is, and others.

The TJ Martell Foundation has joined the 2008 Vans Warped Tour to bring you the Fifth Annual Charity Ticket Auction for Leukemia, Cancer and AIDS Research. Beginning Monday, April 21, and running for three consecutive weeks, fans can bid on eBay for a once-in-a-lifetime chance to receive two tickets to “America’s most successful festival”. All proceeds from the Vans Warped Tour ticket auctions will benefit the life saving research conducted at The Mayo Clinic, Memorial Sloan-Kettering, Children's Hospital Los Angeles, and others. The T. J Martell Foundation, founded in 1975 by Columbia/Sony music industry executive Tony Martell in memory of his son – a victim of leukemia – has since raised more than $230 million over 33-years to combat the world’s three most deadliest diseases – leukemia, cancer, and AIDS. The T. J. Martell Foundation’s Vans Warped Tour Ticket Auctions has generated over $40,000 in funding over the last 4 years.

More information about the Vans Warped Tour can be found at the event’s website.