Kevin Jonas will host the The Give Back Hollywood Foundation's X-Box Miracle of Music Benefit in honor of the 2011 American Music Awards on November 19.

Actors, musicians and celebrities will come out in force to film public service announcements and leverage their social media followings to support Children's Miracle Network Hospitals and their Millions of Miracles Campaign which raises funds for over 170 children’s hospitals across the nation.

Special Guest DJ for the evening will be C-Squared (Connor Cruise – the son of Tom Cruise and Nicole Kidman), plus a live performance by AMA Nominated New Artist Hot Chelle Rae. 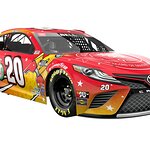