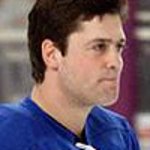 Many people may recognize Pat LaFontaine as one of only three players in NHL history to skate for all three teams based in New York – the Islanders, Buffalo Sabres, and the Rangers. Prior to his career being cut short due to post-concussion syndrome, he had already set numerous NHL records, and off the ice he was changing lives through his charity work.

In 2000, the Congressional Medal of Honor Society bestowed the Patriot Award on LaFontaine in recognition of his contribution to military morale throughout his career.

In April 2003, LaFontaine was recognized with the International Humanitarian Award by the Gift of Life Foundation, an organization promoting the cure and treatment of children suffering from heart disease in third world countries.

And today, inspired by the many kids he visited in hospitals during his NHL career, LaFontaine devotes most of his energy to the Companions in Courage Foundation, which he founded to build interactive game rooms in children’s hospitals throughout North America.

“It doesn’t get any better than the Hockey Hall of Fame,” LaFontaine told NHL.com Thursday. “But there is nothing more gratifying or more personal or more important for anybody than to give back to others who need it, especially kids.”

LaFontaine’s Companions in Courage Foundation is redefining the standard for charitable work through technological advances, thanks to a boost from Microsoft Corporation, who is distributing 400 mobile Xbox 360 gaming stations to more than 100 hospitals. His vision? To unite patients at various children’s hospitals together in cyberspace, and perhaps help them connect with their heroes.

“How lucky a person am I to have three healthy kids, a great wife, to have played the game I love for 15 years in the National Hockey League, and because of that I’m able to do the things I love to do now,” said LaFontaine. “I can be around my kids and create this foundation to have an impact through a great team of people with courage. To make an impact on a daily basis for kids going through tough times is a great thing, and I’m very proud of it.”

In an exclusive sit-down interview with NHL.com, LaFontaine explained the Xbox endeavor and how his charitable work has become his true passion.

“We have been building these Lion’s Den rooms, which are safe havens for kids to escape to” said LaFontaine about Champions of Courage. " They have this great feel to them when you walk in and only kids with a special key can get in. No doctors. No nurses. It’s a safe haven where they can go play Xbox 360. They have computers and plasma screens with age-appropriate movies already downloaded. They have this cool videoconference pod that allows them to talk to their heroes, their teachers, their grandparents. They are these really cool rooms, just awesome. The exciting thing about it now is Microsoft just helped us launch these Xbox 360 kiosks. The kids that can’t go to a Lion’s Den room – if they can’t leave their rooms or are being prepped for surgery – we can now bring these 360 kiosks to them and they’re still connected. For the first time ever, we have created this online private gaming network. Microsoft is building over 400 of these machines for us. We have contacted all 30 NHL teams to see if they’re interested in getting these kiosks for their local affiliated children’s hospital. The great thing about them is they have these little cameras on them so that on occasion a celebrity can say hello, have a little chat, and play a game."

The Xbox 360 kiosks were launched on Wednesday at New York’s Columbia Presbyterian in the Morgan Stanley Children’s Hospital, the Children's Hospital of Orange County in Anaheim, and the Seattle Children’s Hospital. Celebrities and athletes that lent support to the project included Susan Sarandon, Michael Imperioli (The Sopranos_), Michael Lombardi (Rescue Me_), and Dr. Mehmet Oz (Oprah).

In Anaheim, the launch was also a major success. “It was great because Scotty Niedermayer grabbed Brad May and Todd Bertuzzi and went out there to play games with the kids,” said LaFontaine in his interview. “In Seattle we had Marcus Trufant, the Pro Bowler (Seattle Seahawks), and Jeff Nelson (former Major League Baseball player). All of us were playing games with kids live at the same time under this network. The beauty is that it’s only going to grow. These kids are now on this private gaming network. It’s never been done. It will just connect other kids in other children’s hospital, or they can play a game with an athlete, a hero. It can also be a stand-alone unit as well because there are two controllers. I’m amazed at the technology. Our hope is throughout to bring these machines throughout North American and then build more Lions Den rooms.”

LaFontaine admits he had no idea that technology could be so effective in reaching these kids and explains the inspiration for Champions of Courage, “We just thought maybe some video games and interaction. I had met some special kids. There was this really special one named Robert. I would go to his room in isolation in the early ‘90s. We played video games. Really, the impetus for starting the foundation is the nurse grabbed me one day and said; ’Thank you for coming to play video games with Robert.’ I was like; ’He’s my friend, I’m having fun and this is great. This is the least I could do.’ She started crying and saying; ‘No, I don’t think you get it. This is the only time this boy smiles.’ I never forgot it. Robert passed away six months later and I speak to his parents to this day. There was another young boy named Eric, another one of those special, courageous young boys. Eric was fighting cancer. He used to call me and say; ‘Hey, you have to get me a goal and an assist tonight.’ It was an order. I tell you, nine times out of 10 it inspired me somehow to fulfill that order.”

LaFontaine’s complete (and heartfelt) interview can be read at www.nhl.com. In it, he further explains how Champions of Courage’s partnership with Microsoft came to fruition, and shares his thoughts on the further use of technology in reaching out to needy kids