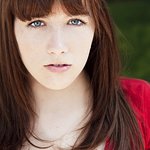 Jordan has participated in the Memphis Ronald McDonald House fundraiser since she was 7, an event that raises money for the home for children and their families who are being treated at St. Jude Children's Research Hospital. Jordan created the Bowl-A-Thon event as a way to help raise additional funds and allow her Los Angeles-based friends and fellow actors to participate in this worthwhile cause.

“I love the Memphis Ronald McDonald House and the St. Jude kids. I will be in Memphis for the annual Radiothon fundraiser in February, but wanted to find a way to include my friends here in LA.” Jordan has been working on the second annual Bowl-A-Thon for months. This year she has attracted additional sponsors for the event, including Soup’s Sports Grill in Woodland Hills, CA, who will donate 20% of all purchases January 14th and 15th towards the fundraiser when Jordan’s event flyer is presented.

Jordan is also honoring her long-time mentor and Ronald McDonald House supporter, legendary Memphis disc jockey John “Bad Dog” McCormack, who lost his own battle with cancer last year. At the 2011 Radiothon John asked Jordan to carry the torch and continue her efforts to support the kids being treated at St. Jude. “I know Bad Dog will be here in spirit,” Jordan continued, “and I’m inspired and motivated by his example.”

Jordan was born in Memphis and is passionate about the mission at St. Jude Children’s Research Hospital and the Memphis Ronald McDonald House. “Most people don’t realize that the young patients being treated at St. Jude and their families stay at the Ronald McDonald House for free … so any fundraising event is critical toward contributing to the operating costs of the House.”

Jordan’s second annual Bowl-A-Thon will be held at Corbin Bowl in Tarzana, CA January 15th. She will announce the donation raised from the event on air at the Radiothon, to be held February 9th and 10th in Memphis, TN on Clear Channel’s ROCK 103 and streamed live worldwide on the Internet.

Jordan can be seen in episodes of Criminal Minds, in the Cameron Diaz film Bad Teacher, and as Elizabeth in the indie feature After the Wizard. She has completed over 20 independent films and won the Young Artist Award last year for her performance as the voice and motion of Ripley in the Warner Brothers/HD Films’ animated series CHADAM. Jordan dedicated her Young Artist Award to John “Bad Dog” McCormack when she accepted her award in Studio City, CA.