Shirley Jones To Be Honored By Children's Charity 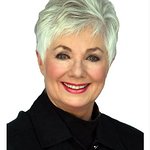 Actress Shirley Jones, winner of the 1961 Oscar for Best Actress in a Supporting Role for “Elmer Gantry,” will be honored by Variety - The Children's Charity of Southern Nevada, at Oscar Night Las Vegas.

Officially sanctioned by the Academy of Motion Picture Arts and Sciences, Oscar Night Las Vegas, Feb. 24-26, 2012, is a weekend destination event for movie fans nationwide to celebrate the 84th Academy Awards in The City of Entertainment.

Proceeds will benefit Variety, The Children’s Charity of Southern Nevada, dedicated to providing services for children with special needs in the Las Vegas community since 1950.

Shirley Jones and her husband Marty Ingels, actor, comedian and theatrical agent, will be guests of honor at a reception hosted by Variety on Saturday, Feb. 25, 2012, 6:30 to 8:00 p.m. in the Fantasy Suites at The Palms Casino Resort.

“Variety is pleased to salute Shirley not only as a 50-year-plus Academy Award recipient, but also for an outstanding film, television and stage career,” said Variety Tent 39 President and Chief Barker Kari Ayers. “Variety also will honor her lifetime commitment to charitable and humanitarian causes.”

In addition to her Oscar and multiple Emmy and Golden Globe nominations, Shirley Jones is renowned for her role as the matriarch in the 1970’s ABC television series “The Partridge Family.”

“Shirley will follow in the footsteps of Jack Benny, Carol Channing, Sammy Davis Jr., Vincent Price, Ed Sullivan, Elizabeth Taylor and many other celebrities who have travelled to Las Vegas to support Variety Tent 39 and the local children served," added Ms. Ayers.