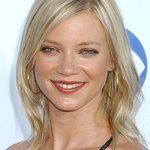 The City of Riverside, which for years has been a leader among Southern California cities embracing a more sustainable way of living, got a dose of “star power” recently when it was honored for being the first city to become a California Green Community.

Actress Amy Smart, a leader in young Hollywood environmental circles who has appeared in films such as Varsity Blues, The Butterfly Effect and Crank, presented Riverside Mayor Ron Loveridge and other officials with a silver award from the California Green Communities program. Other cities that have since achieved silver status as well include Claremont, Monrovia and Santa Clarita. “We’re honoring Riverside for all the amazing work it has done in the last two years,” Smart said. “Now all these other cities can look at Riverside and see that it is possible to do some of the things we have been talking about in terms of sustainability.”

Smart spoke at a reception at City Hall that included Riverside residents and city staff members who have worked on the city’s Green Action Plan and other environmental initiatives. She later joined with other environmental advocates from Hollywood to present the award at a City Council meeting. “We’re green, inside and out,” Mayor Loveridge said in accepting the award. “The next question is how we go from silver up to gold and on to platinum.”

Smart works closely with the Environmental Media Association, which pushes for more environmentally-friendly practices on movie and television sets and seeks to educate the entertainment industry on best practices in sustainability. The association is one of the founders of the California Green Communities program along with Southern California Edison and Green Seal Inc. “It’s really amazing to see what some of the cities are doing,” Smart said. “It’s so inspiring to watch the environmental movement become so mainstream.”

The California Green Communities program encourages cities to adopt sound environmental practices built around such things as energy efficiency, waste reduction, water conservation, renewable and alternative fuels and efficient transportation. Riverside’s plan for reaching the silver, gold and platinum levels in the program was the first to be accepted by California Green Communities.