Join The Stars At The Advocate 45th Event For LGBT 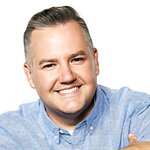 The stars will be out at the Beverly Hilton on March 29 for The Advocate 45th Presented by Lexus, an event that will celebrate the heroes and champions who have made significant strides in the LGBT community over the past 45 years.

The evening will kick-off the brand’s six-month commitment to aiding The Point Foundation in fulfilling its mission of granting scholarships for LGBT students of merit. The celebration of The Advocate’s 45 years as the world’s leading LGBT news source culminates a special September issue.

In 1967 The Advocate was launched in an effort to educate and unite the LGBT community regarding unlawful arrests and bar raids. It soon became an indispensable and necessary resource for LGBT current events, culture, and activism. Today, as The Advocate celebrates its 45th anniversary, it remains ahead of the curve and has become the world’s leading gay news source — covering events and themes that often spur a cultural revolution.