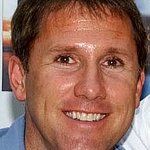 The town best known to Nicholas Sparks fans as the setting for The Notebook, will host a star­-studded weekend to raise awareness and funds for the Nicholas Sparks Foundation April 20 – 22, 2012.

New Bern, NC will welcome celebrities from the world of sports, music, movies and television to mingle with fans during events such as a family fun night, celebrity golf tournament and a 5K run. Sparks fans will also have the opportunity to dine with the author at a luncheon or at a private brunch held at the Sparks residence.

As part of the weekend, Mr. Sparks will also screen the new Warner Bros. movie starring Zac Efron, “The Lucky One,” based on the Nicholas Sparks novel of the same name at a red carpet event on Friday night, April 20, in downtown New Bern.

Sponsored by Pepsi, the weekend’s proceeds will benefit the Nicholas Sparks Foundation, which supports global education initiatives for our youth through the Epiphany School in New Bern, NC, wounded warriors through Hope for the Warriors, and Assistance Dogs for people with disability through Paws With a Cause.

“I’m excited to welcome my fans from far and near to join us to help raise awareness and funds for the charities my family and I cherish so deeply,” said Sparks.

Following are the events for the weekend. Visit www.sparksevent.org for ticket information.