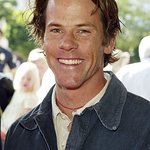 Environmental group Heal the Bay announced its annual Bring Back the Beach gala on May 17 will reflect Hollywood-style glamour, saluting the accomplishments of eco couple Danny Moder and Julia Roberts, as well as actress and longtime board member Amy Smart.

The Santa Monica-based organization will also honor corporate executive Matthew Hart, who is the immediate past chairman of Heal the Bay’s board of directors.

Held on the sand at The Jonathan Beach Club in Santa Monica, this year’s benefit dinner— themed “Sea of Love” —will lure nearly 1,000 guests to party under the stars in support of clean oceans. In its second decade, the event consistently sells out and brings together a lively mix of eco-warriors, local government officials and business leaders.

In 2001, Julia Roberts won the Academy Award for Best Actress in a Leading Role for her portrayal of Erin Brockovich, who famously fought to keep drinking water free of dangerous chromium. In real life, Roberts and her husband Danny Moder have championed our local waters, diligently supporting Heal the Bay’s mission.

A current member of Heal the Bay’s board, Amy Smart will be honored for her steady commitment as an advocate for a healthier environment. For several years, Smart, who is currently featured on the Showtime series Shameless, has served as a spokesperson for such Heal the Bay campaigns as the Beach Report Card, A Day Without a Bag and Coastal Cleanup Day.

Matthew Hart, former president and chief operating officer of Hilton Hotels Corporation, will also be honored for his stewardship of the regional environmental group. He has used his business acumen to help the nonprofit improve its financial performance.

Highlighting the event’s live auction will be a new Toyota Prius c, generously donated by long-time Heal the Bay supporter and community member LAcarGuy. The five-door hatchback is the smallest and lightest hybrid in the Prius family — certain to appeal to the green-conscious set. Guests will also get an opportunity to bid on a piece of art designed by graffiti artist RISK exclusively for Bring Back the Beach, which he will complete at the event.

Over the last few years, Bring Back the Beach partygoers have danced seaside at live performances from such artists as Brian Wilson and Jakob Dylan. Attire is “beach chic.” Group tables and individual tickets, beginning at $500, are available at www.healthebay.org/bbb.